In 2019, we plan to make a new work. We are gathering ideas and plan for a work-in-progress in the spring... Here's a thread from the blog:

As a temp I encountered plenty of layers. Each company and office had its own set. A system that worked for them. But coming from the outside, they often seemed bizarre. And sometimes they seemed to be there to deter actual physical communication.

"I think the thing is it starts in a really austere grey modern generic office environment.. but as the play progresses when people get up from behind their desks they have tentacles for legs."

"I remember that tentacle comes from the Latin tentaculum, meaning “feeler,” and tentare, meaning “to feel” and “to try”... Myriad tentacles will be needed to tell the story of the Chthulucene.”

Cthulhu has been described in appearance as resembling an octopus, a dragon and a human caricature, hundreds of meters tall, with webbed human-looking arms and legs and a pair of rudimentary wings on its back.  Cthulhu's head is depicted as similar to the entirety of a gigantic octopus, with an unknown number of tentacles surrounding its supposed mouth. 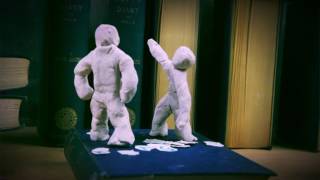